I remember going to a real Egyptian wedding in Australia when I was in my early teens.  It was the only one that stands out in my memory for several reasons but one of them was that I got to go to the reception and sit on a table with other young people and it was also the time that I first came across pita chips made this way.  I remember it distinctly because I couldn’t stop eating them and they were only the entrée!!!  They were presented on a platter with baba ghanoush dip and hummus and probably some others I don’t recall now. 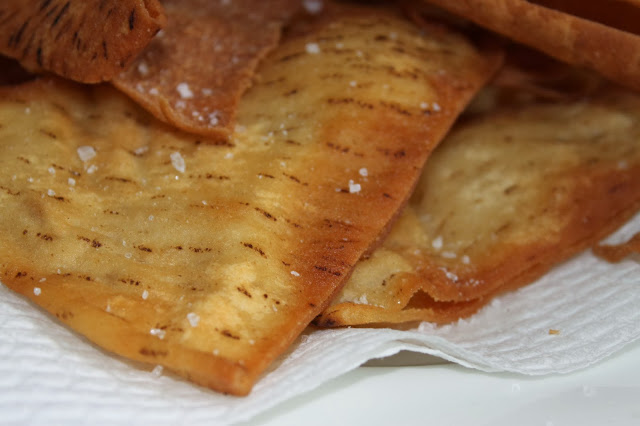 Almost every day as a teen when I came home after school I would have the munchies and my favourite food was flat bread (which is known by many names, such as Pita chips, flat bread, aysh balady, Bread  خبز, pita bread, Khubz, khoubz or khobz) that I would butter and then grill until crunchy.  Sometimes I would add a slice of cheese and savor its melted stretchy goodness once it was cooked.  I always thought this was the way to make bread crunchy (either grilled or baked in the oven) but at this wedding, oh, I was in heaven.  (Yes, I dare say that I didn’t have a huge interest in much as a teen if one of my greatest joys was crunchy buttered bread!).

Those pita chips (as I call them now) at that wedding were perfect.  Lightly browned and salted and super crunchy and I never replicated this at home (didn’t know how) until this year when I happened to be planning the menu for a new cooking class. I wanted something different from what I had done before since I knew that I would have people coming who had already completed my 6 week course.  As I was thinking back to what I enjoyed eating the memory of these pita chips jumped into my mind.  Straight away I thought yes, I have to start with that!

It was only then that it occurred to me that the bread must have been fried! All through my teens I had tried to replicate the bread at the wedding with the oven or grill.  So, naturally I took aysh balady from the freezer, thawed it out and tested my theory.  I can’t tell you how excited I was when I saw the bread turn the perfect colour and contort in various shapes as it dried in the hot oil.  I seasoned it lightly with sea salt flakes and then… CRUNCH…mmmmmm delicious. 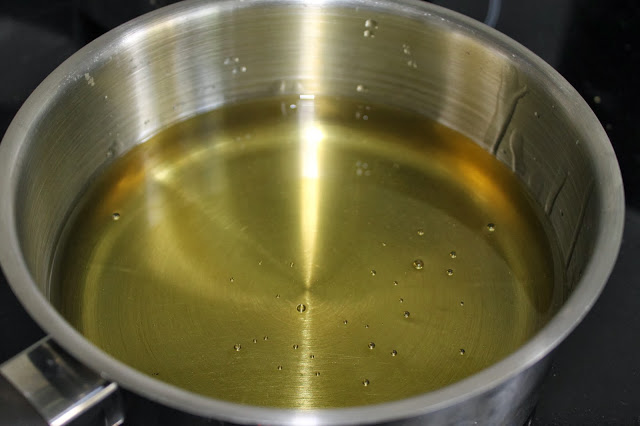 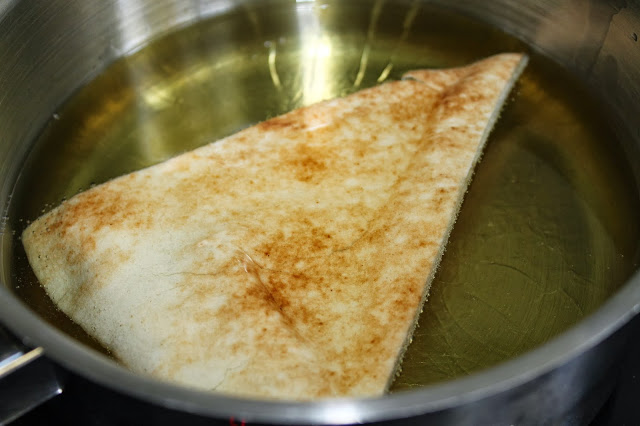 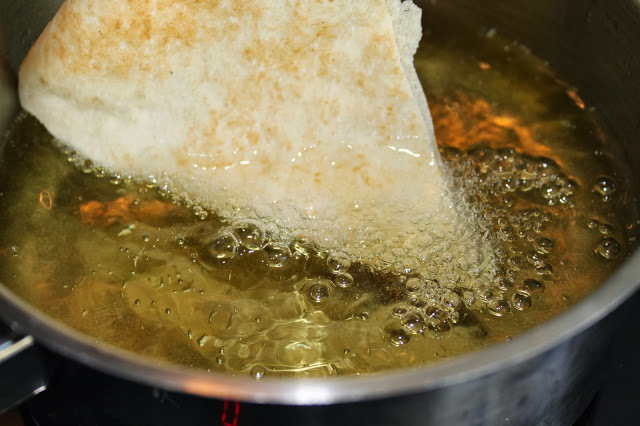 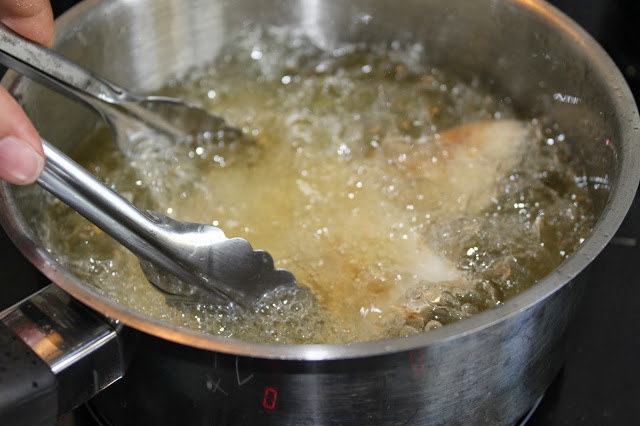 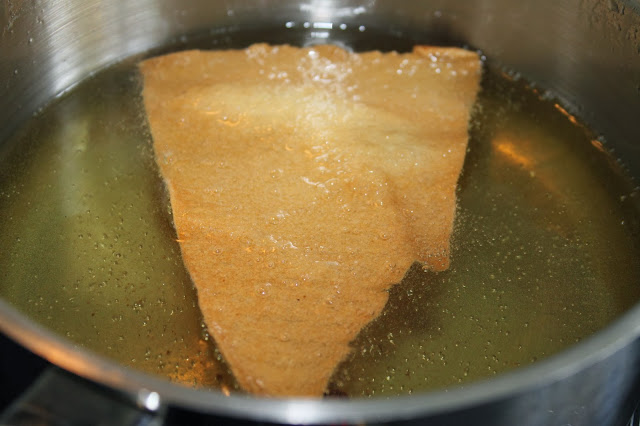 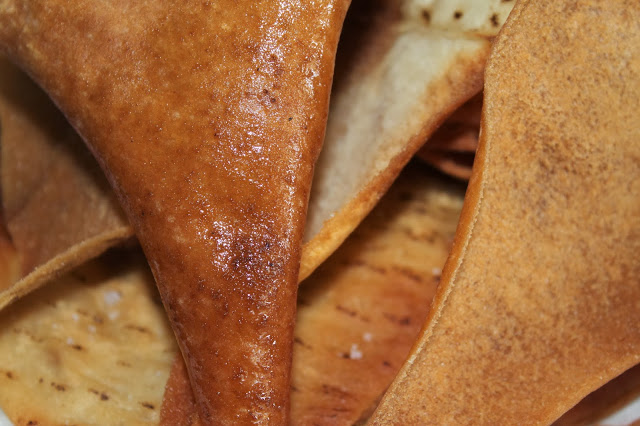 They are the simplest thing really but gee I love them.  I sat with the boys and had the bread with some home made Tzatziki – Salatat Zabadi) – you can watch the video at:

So we made pita Chips with a couple of dips at the cooking class and as I suspected they were a big hit so next time you are feeling peckish or want a really great accompaniment to dips for a party platter then give these a go, you wont be disappointed!

You could also try making them with some melted cheese or some herbs sprinkled over them.