I suppose there were not a great variety of salads that we ate at home.  Usually we had a green salad with the evening meal and that was that.  However at a barbecue, party or family gathering we always had Tabouli too.  This salad is quite well known now, although it can be spelt in a few different ways e.g.Tabbouleh, تبولة‎, tabouleh and tabbouli. 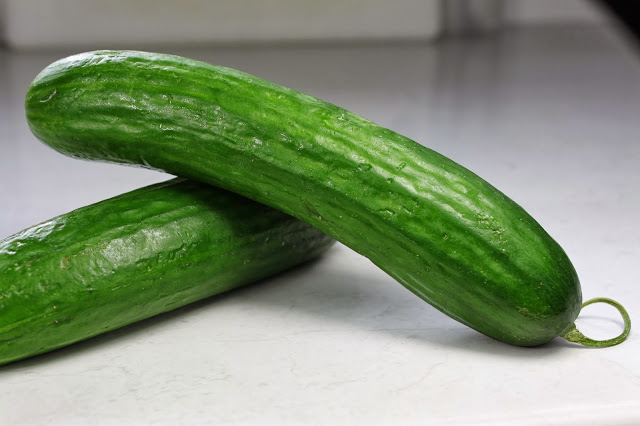 To watch a video of my version of Tabouli click on the link below.  It is quite an easy salad once you have the ingredients and a great addition to a BBQ or variation to the typical green salad.

Ii is common in the deli of the supermarkets and on the menu at various restaurants where it seems to have moved beyond the realm of just being part of Mediterranean cuisine.  But being an old dish popular throughout the Mediterranean there are a commensurate number of variations of the dish.  And please like the video by hitting the ‘thumbs up’ underneath it on YouTube! 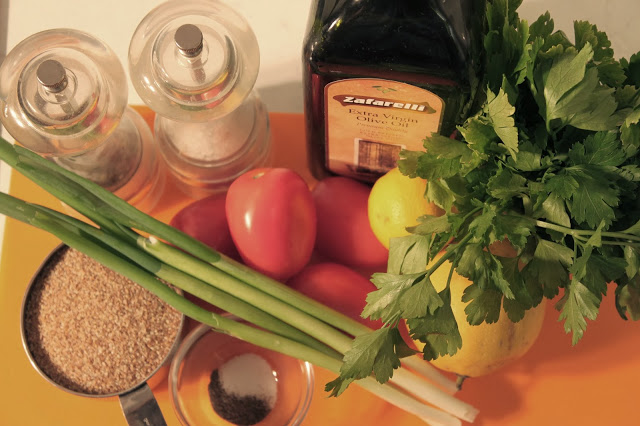 So with Tabouli I find that depending on where you get it or who has made it it can be quite different, from being almost entirely made up of parsley with a sprinkling of bulgur wheat, tomatoes and onion to being mostly made of Bulgur with a smattering of the other items and then whatever in between.  I myself sit more on the side where Bulgur wheat is the star and not the parsley but don’t get me wrong I still like it with plenty of parsley.  A fresh herb in a salad is always great and parsley is fantastic because not only does it add a lovely fresh flavour but it is a wonderfully high source of vitamin A.

This refreshing salad has become well known and can be found in kebab shops, restaurants and even in the deli section of local supermarkets.  It can be eaten on its own or as a side dish. 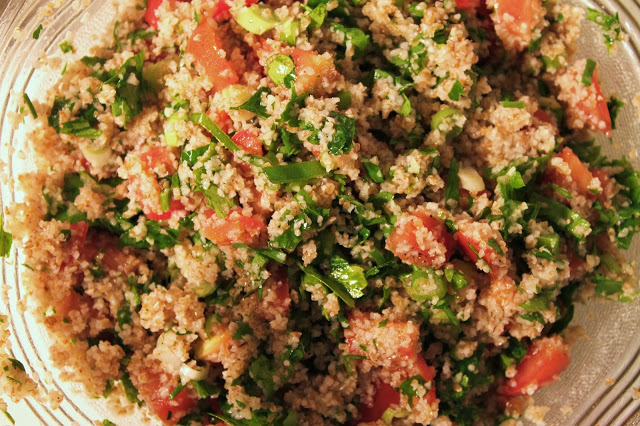 1 teaspoon salt, or to taste,

Place bulgur in a large bowl and cover with hot water.  Leave to stand for 1-2 hours (depends on grind of bulgur).

Drain and squeeze out as much liquid as possible with your hands, then spread out for a few minutes to dry further on a clean tea towel.

In a bowl combine the bulgur, onions, tomatoes, parsley, olive oil and lemon. Season to taste, adding more seasoning, lemon or oil as required.  This salad should be distinctly lemony.