I had originally planned to write about making Fata but instead one of my most spectacular failures occurred while making one of the simplest dishes.

Fata is a dish that combines dried bread (easy), cooked rice (easy) and stock (easy enough), fried garlic and vinegar.  I made this tonight for dinner and thought it was a great idea because I could make the rice earlier in the day along with the stock which I could put on and could just leave to simmer while I played and entertained the boys.
I was careful with my quantities and followed the recipe I had written then fed it to the boys for dinner.  Gee what a flop!  Samuel took a taste and then screwed up his face at me while spitting out his mouthful of food.  He followed this by shoving his little fist in his mouth to make sure he had done the job properly and removing every last grain of rice.  Alexander screwed up his face and said “it’s not nice mum, can I have something else.”  I had a taste too and was very sympathetic indeed.  (I made Jamie try it when he got home to see if he would give me an honest appraisal.  He said, very politely and carefully, “I think it is missing something…it doesn’t have much flavour”.
I said “Are you kidding?  It’s tasteless”
We ate the chicken, which thankfully tasted nice, with leftovers and the meal was approved by all.
The next opportunity to talk to dad I mentioned how bad this turned out to see if I had actually missed something.  From what he said I just added too much stock and needed to season it more.  Will try again sometime and write the recipe.  I think the key is the stock.  Good stock makes good Fata.  Yes, I think I should work on the stock first.
In the meantime I thought I would put up a very easy bean salad recipe since I got a request today from someone who would like to be able to make a meal quickly.  So Jacquelyn this one is for you.  If you would also like to make a request for a recipe or like Damien who wanted to know what to do with a pigeon then you can send me a message via Facebook or email me at dynaeldaief@gmail.com.

This is a great vegetarian dish with plenty of protein and is a wonderfully simple salad to boot.  Very easy and quick midweek if you take up the option to use a a can of beans from the pantry but would be great served alongside a quiche or grilled fish.
Dried beans can be toxic, particularly red kidney beans which contain natural toxins called Lectins that can cause stomach aches and vomiting. These are destroyed if you soak the dried beans for at least 12 hours and then boil them vigorously for 10 or more minutes in fresh water.  Tinned or canned kidney beans have already gone through this process and so can be used without further treatment.
Dried beans may take up to 3 hours to cook using the conventional method, but are cooked in about a third to a quarter of the time if cooked in a pressure cooker, making a pressure cooker ideal.
Using the canned varieties is just as good and means that you can throw this together very quickly and easily.
Use whatever beans you like but if cooking them yourself then the cooking times will depend on the type of beans you use.
Bean Salad سلطة فاصولياء Salatat Faso-ley-a 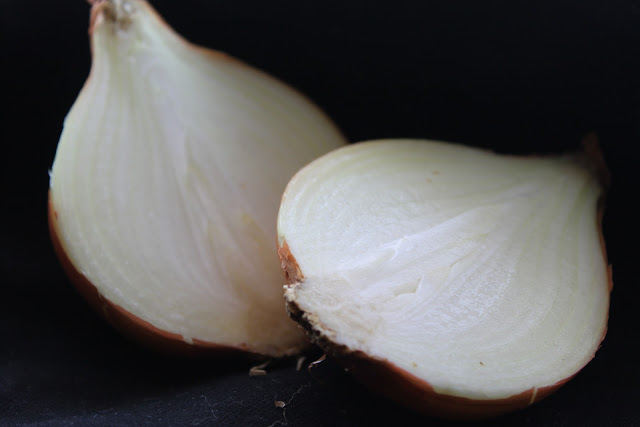 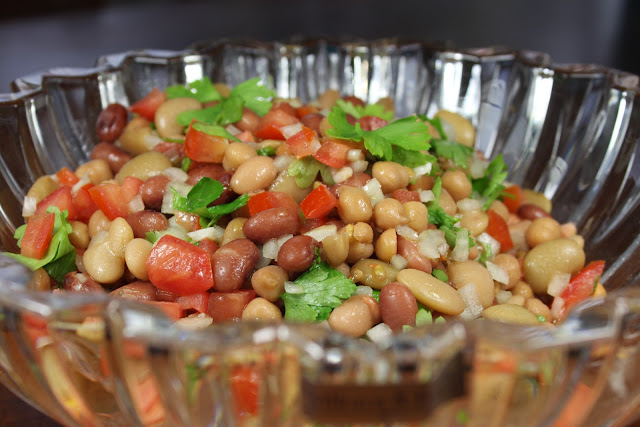