I forgot I used to eat  Basterma and egg (Basturma wi baid) growing up but it is such an easy meal, anyone could do it.  I consider it to be the Egyptian version of the Australian Saturday morning breakfast of bacon and eggs – but who says eggs are just a breakfast food!

On Friday I took the boys and drove out to my dad’s place for a visit.  We were talking about various things as per usual but for some reason dad mentioned Basturma.  I can’t even remember how that came about now but I do remember that I had been thinking about that very thing only the day before because I realised  Basturma was something I haven’t had for probably 12 years.
That naturally led on to dad suggesting I leave the boys with him and go and get some. So I left and went shopping.  The Keilor Downs Plaza was where I headed and I must say I did enjoy the time looking at things for more than a split second and not having to keep one or both boys from touching anything and everything.
I made my way to the delicatessen via the nut shop where I bought some super scrumptious fresh pita bread and ferique which I knew I had run out of (If you have read the pigeon blog then you would be familiar with the use of ferique there) and looked for Basturma.  I couldn’t find it but when I asked if they had it they dug it out from underneath some other cured meat.  I asked for 150g and for them to slice it thinly.  I never usually mind if there is a little more than I ask for as I figure it will get used anyway but when I glanced at the scales I take a second look because the scales said 230g.  Well…I stop to think for a minute and maybe there was no need to follow this up but I couldn’t help myself.  Um.. sorry but that is too much, I asked for 150g and would even take up to 200g but this is quite a lot.  The lady tells me it is just 30 g over the 200.  No, not really.  I wanted 150 g, not 230g.  A little too-ing and fro-ing later and they take off exactly 30 g and ask “So you will take it now?”. I do but not before making a mental note to keep better track, in future, of how much is being sliced.
So now I have plenty of Basturma, a cured beef spiced with fenugreek.  It is super salty too and at home we had this with eggs fried together and served with Lebanese bread (pita or flat bread) and sliced tomato and onions.  So quick and incredibly simple which makes it great for a quick and easy mid week dinner. For each person just fry a slice or 2 of Basturma broken into pieces, when crispy add a couple of eggs and cook to your liking.  Add some freshly ground black pepper and serve with fresh Lebanese bread and salad. 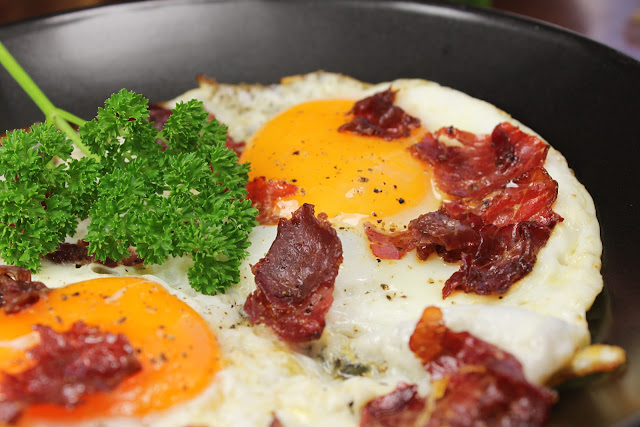 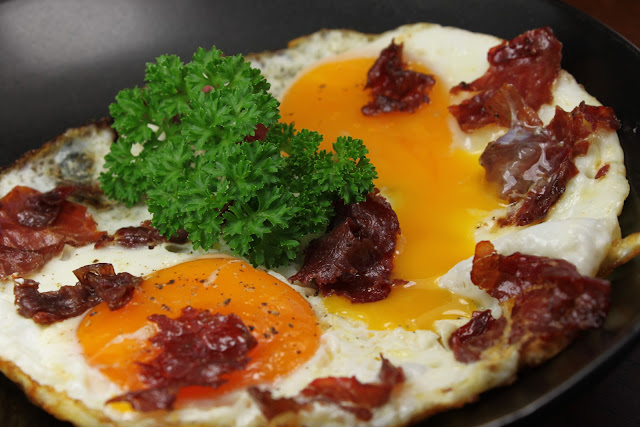 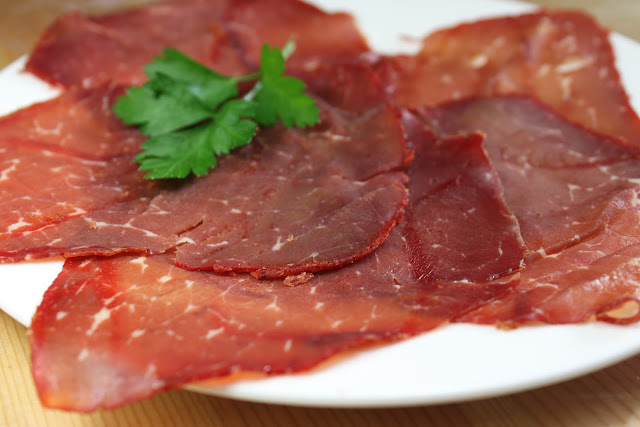 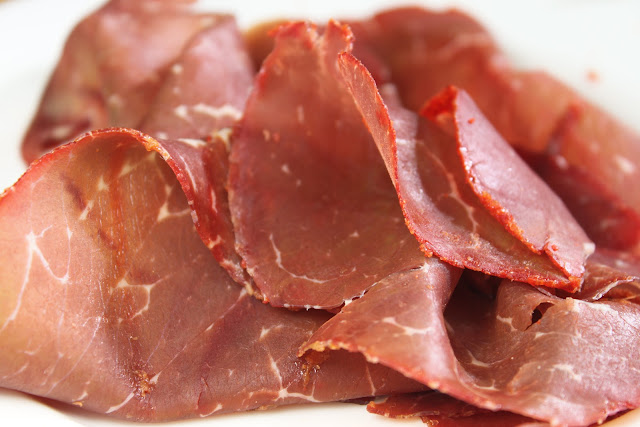 I suggest asking for 100g and see what you think of it.  I would think that would make enough for about 6 people if cooked with eggs.  I made a video of cooking “Basturma wi baid” (Basturma with egg) while the boys were having a sleep.  Maybe it was the smell of frying meat and eggs wafting from the kitchen that woke them but as you will see Alexander makes an appearance and is quite happy to be a taste tester.

You can watch the video of Basterma and egg at:
http://www.youtube.com/watch?v=Y-Tc9otHNSI&feature=plcp